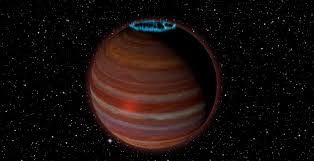 A volunteer working with Backyard Worlds: Planet 9 project led by NASA has found coldest and oldest-known white dwarf- an old remnant about the size of Earth of a now-dead sun-like star- ringed by debris and dust. Astronomers suspect that this white dwarf could be the first known with multiple rings of dust. The star known as J0207 is forcing scientists to reconsider planetary systems models and help them know more about distant future of the solar system. Adam Schneider helped in unwrapping discovery data to find more details about the white dwarf. The paper was published in Astrophysical Journal Letters.

Launched 2 years ago and led by Marc Kuchner, Backyard Worlds: Planet 9 project enlists volunteers to go through infrared data to discover new objects using a search engine and online interface. Brown dwarfs have low temperatures and are sized bigger than planets but smaller than stars. They have low luminosity and shine dimly at far infrared wavelengths, because of which all known ones are located close to the sun. The discovered object, with infrared excess, was identified as a white dwarf. The roughly 3billion-years-old J0207 is almost thrice as older as any other known white dwarf with a dusty, warm circumstellar disk, resulting from continuous breakup of small and rocky planetesimals that are orbiting it. This white dwarf is challenging as models created by scientists only explain rings up to about 100 million years. Adam Burgasser, Kuchner and Debes studied the rings.