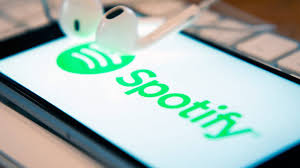 The war between Apple and Spotify has heated up recently as Apple replied to the allegation levied upon it by one of the world’s biggest online streaming service. Spotify recently lodged an antitrust complaint to the European Commission stating that Apple denied applications like Spotify to function in its full potential and restricted the choices a customer can make regarding music streaming. Apple replied saying that those were just the set of rules that paid applications had to follow and Spotify was looking to reap the benefits of a free app while being a paid one.

The charges were laid down by Daniel Ek, one of the co-founders of Spotify who said that he was forced to make this complaint as any discussion with Apple had not proven to be fruitful and he felt that the approach by Apple was against the idea of supporting innovation. He said that Spotify had a kind of “tax” situation that Spotify had to pay in order to be accessible on the store. Moreover, Spotify was forced to raise the amounts of their premium accounts in order to compensate for the taxes and it resulted in a costlier version than Apple Music. If Spotify decided against paying the extra amount, they were subjected to multiple limitations where they could not effectively advertise to customers.

In reply, Apple replied by saying that Spotify was trying to sidestep rules that every other application in the App Store were following, which led to the inability to update. Regarding the “tax” that Spotify is talking about, 84% of the applications do not pay any amount for its presence in the store. Only because Spotify opted to use its in-app purchase system, they were asked to pay an amount, which would even half in a year. Apple feels that the approach of Spotify to reap all the benefits of being in the App Store and not paying Apple anything in return was not fair or right. It doesn’t seem like the matter is settled as of now and more allegations will be thrown at each other again soon.