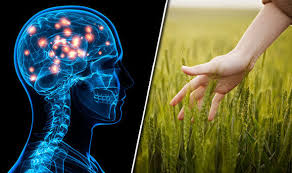 A recent genetic makeup analysis was done on around 94000 people from the USA and Europe, each one of them was suffering from Alzheimer’s. This study revealed four new genetic variations which increase the neurodegenerative disease risk. The recently identified genes along with previously known ones, are affecting the body movements which triggers this disease. Dr. Richard Issacson, a neurologist from Alzheimer’s Prevention Clinic (who was not involved in the analysis) said that this study takes us one step closer to Alzheimer’s. The discovery of these new genes will help the pharmacists to develop drug while targeting these genes, added Isaacson.

Heather Snyder (Senior Director, Alzheimer’s Association) said that though the study has investigated new gene types which are critically important for knowing bodily potential insights, which may be related to Alzheimer’s or dementia. Snyder was not involved in the study and added that the analysis findings will not change the medicinal course or daily lifestyle anytime soon. The International Genomic Alzheimer’s Project was an initiative led by the Hussman Institute of Human Genomics, the University of Miami in which they analyzed data from 2 centers of USA and 2 centers of Europe. The study was published in Nature Genetics on Thursday and was the 2nd genome-wide study followed by the 1st study happened in 2013.

As the recent study was carried out on 94000 people, this time researchers got 30% more analytical data, and they identified 4 latest genes along with verification of 20 existing ones. The 4 recent genes are IQCK, WWOX, ADAMTS1, and ACE and the relation with ADAM10 (previously identified gene) is under investigation. Dr. Margaret Paricak-Vace said that in Alzheimer’s, various genes work together and they are finding the very rare gene variant which causes Alzheimer’s. Professor Rudy Tanzi from Harvard said that the recent study has bought them amyloid and they are finding the genes which cause neuroinflammation.

Brian Kunkle (Lead author of the study) said that higher the samples more will be the discovery and few of the identified genes can perform two functions. Improvement in a person depends on what kind of gene anatomy out of those identified 25. Isaacson concluded by saying that the research team hopes that their study will help in treating Alzheimer and eventually the people who are carrying infected genes.