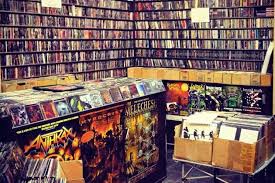 Because of streaming music services and their subscriptions, 2018 was the best year of the decade for the recorded music industry, in terms of the revenue. In 2018, the recorded music earned $9.8 billion in revenue. As per the stats given by RIAA (The Recording Industry Association of America) on Thursday, an association which tracks the USA music revenue, 2018 ended with 50.2 million paid subscriptions with an increase of 42% when compared to 2017’s 35.3 million subscriptions. As per the RIAA, streaming now which represents the 75% of whole recorded music revenue was a 10% hike on the last year.

The foundation stone for paid music subscriptions was laid by streaming services Pandora and SoundCloud, the business received its full pace when Spotify, Apple Music, and Amazon Music Unlimited was launched. Initially, this vertical of music felt resistance by few artists like Taylor Swift, who removed all of her music from these platforms and later come back when Apple and Spotify agreed to follow her desired financial structure. Ariana Grande broke various records of the industry by leveraging through this platform. RIAA’s CEO Mitch Glazier acclaimed the increase in revenue bit still noted issues with digitally distributed music. Glazier said that the recent revenue has made it noteworthy for the music business to reach $10 billion soon, making American music to go back to its 2007 level. He also said that ripping of streaming music and deficiency of accountability of giant companies causes serious threats to the industry’s growth.

RIAA’s data showed that there was the time when, free and ad-included platforms like YouTube does not revert significant revenues where on-demand ad included mediums like Spotify’s free version, YouTube and Vevo has contributed around $759.5 million per year which is 15% more than 2017. RIAA confirmed that vinyl sales continued to rose, 8% to $419 million in 2018. CD sales went down by 34% by reaching $698 million and this was the first time when CD revenue went below one billion from 1986. Around 1/3rd of industry revenue accounts by Vinyl sales from its physical attributes.